9MM AR Flash Hider options are not quite as plentiful as a .223/5.56 AR-15. Fortunately though most of the choices are very good in that they are quite effective and visually appealing. Some 9MM AR Flash Hiders are meant to also function as an attachment point for a 9MM sound suppressor while others are simply 9MM AR Flash Hiders or 9MM Muzzle Breaks.

What You Need To Know

Caliber Bore Diameter – A 9MM bullet measures .355 diameter while a .223/5.56 bullet measures .224 diameter. Firing a 9MM bullet through a barrel fitted with a flash hider designed for .223/5.56 can have catastrophic results to the shooter and gun. Unfortunately there is no manufacturing standard with regards to 9MM Flash Hider and 9MM AR barrel threads. 9MM AR Flash Hider are available in the AR-15 standard 1/2″-28 configuration as well as 1/2″x32, 1/2″x36 and 5/8″x24.

Some AR flash hider and barrel manufacturers smartly thread their 9MM Flash Hiders 1/2″x36 and the less common 1/2″x32 threads per inch. The AR-15 standard flash hider for .223/5.56 is threaded 1/2″x28 threads per inch. In my opinion any threading other than 1/2-28 is a good safety precaution. This prevents the installation of a standard 1/2×28 AR-15 flash hider on a 9MM AR.

Note:Some manufacturers take am alternative approach. Their 1/2×28 flash hiders are bored to .375″ to be used with 300 Blackout or 9MM calibers.

What’s the best 9MM AR Flash Hider? Of course there is no singular answer to this question. Before we tackle that let’s get something else out of the way. If your 9MM AR plans include a 9MM sound suppressor aka silencer your options are extremely limited. You need a flash hider that is compatible with your 9MM sound suppressor. Most likely you will have exactly one flash hider to choose from. That will be the best flash hider for you. Note: reminder make certain your AR barrel choice and flash hider threads match!

AR 9MM Flash Hider Designs – As I stated previously in the category of 9MM Flash Hiders for AR rifles there are not a lot of choices, well not as many as the .223/5.56 counterparts. It’s not a bad thing though. Most 9MM flash hider designs are based off a few tried and true time tested designs such as the Smith Vortex Flash Hider, Three Prong Flash Hider, Four Prong Flash Hider and A2 Flash Hider. They all work well. You might instead decide to base your decision on style and finish for aesthetic reasons.

Own the world’s most effective flash hider. The proprietary features of the Advanced Armament AR-15 Blackout Non-Silencer Mount 9MM AR Flash Hider  eliminate muzzle flash, even on CQB-length barrels. The BLACKOUT® is inherently stronger and more impact resistant than four prong designs, while not being subject to the rapid erosion of closed-ended units. A high strength corrosion-resistant aerospace alloy, and ultra-hard Nitride finish provide the highest level of durability. Military tested and selected. This is the non-mount version for use without a silencer, in 9MM threaded 1/2x36tpi. 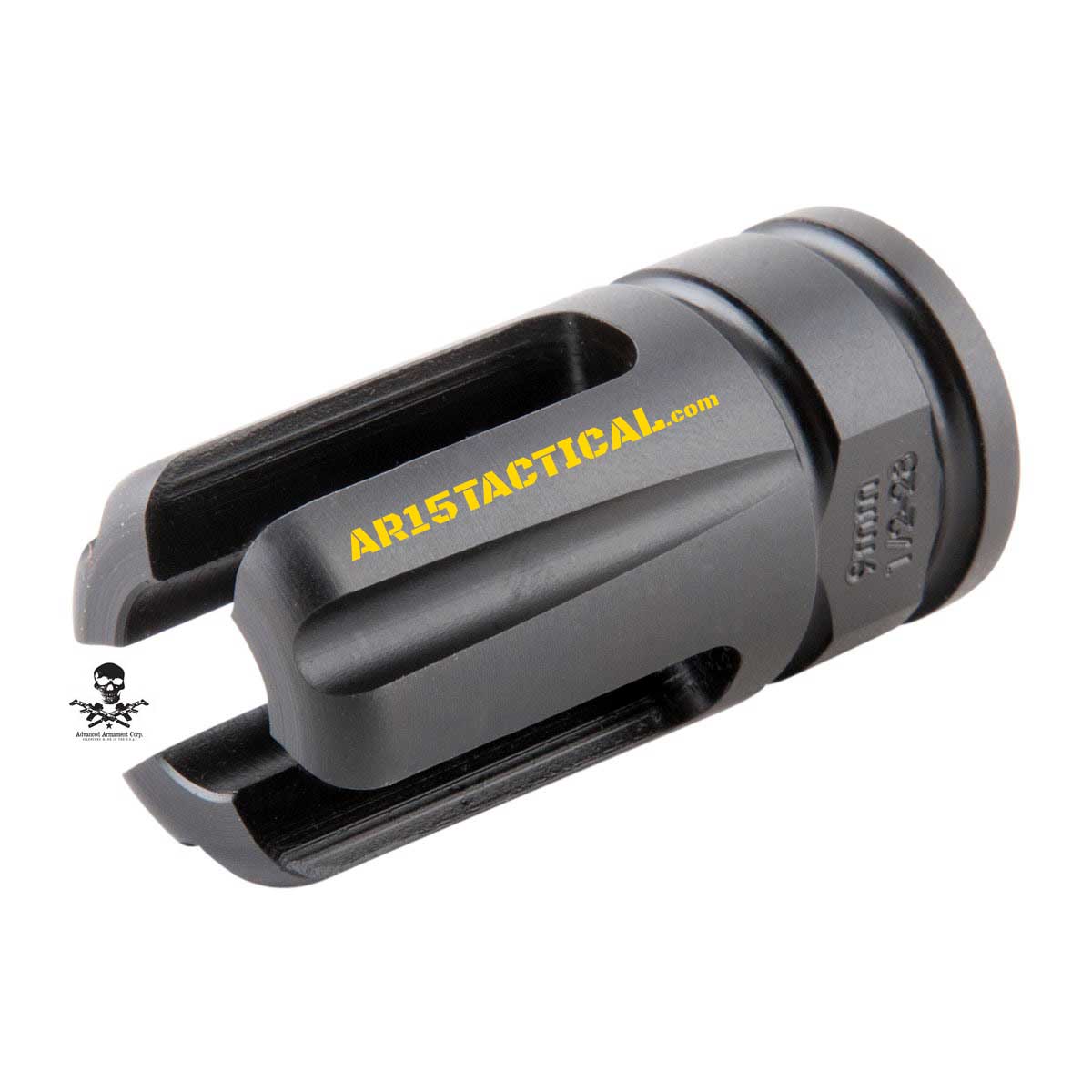 The slotted expansion chamber design of the Q-Comp has no prongs or tines to break off or snag and is Melonite QPQ coated alloy steel for maximum durability and corrosion resistance. The Q-Comp is easily installed on your 9MM AR rifle, and the included crush washer eliminates the need for a shim kit. 5/8-24 TPI threads with an internal bore diameter of .375”  for 9mm AR and Wilson AR-9 rifles.

The Wilson Combat Q-Comp 9MM AR Flash Hider has been designed by their compensator experts to greatly enhance recoil control in rapid fire without the harsh blast and flash that other AR-15 muzzle devices exhibit.
The Q-Comp is a hybrid AR-15 brake/compensator that has been tuned to minimize the side-blast and concussion compared to other muzzle devices on the market. The exclusive Wilson Combat design displays almost zero muzzle flash yet retains excellent vertical and rearward recoil reduction with all calibers. 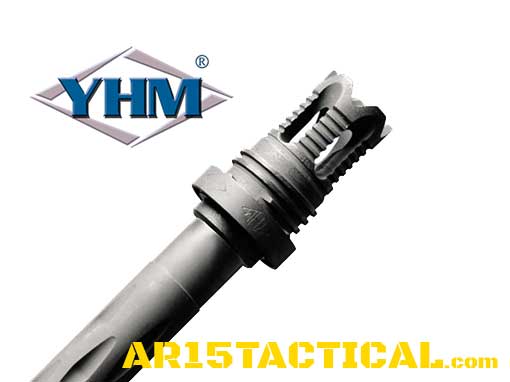 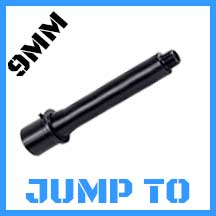 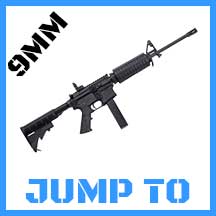 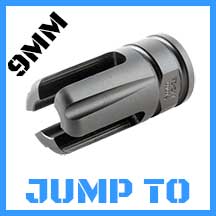 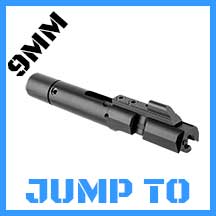 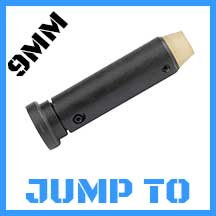 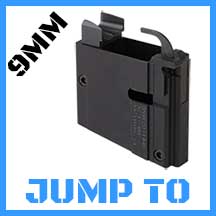 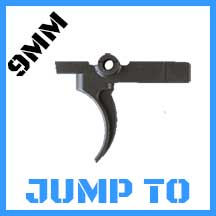 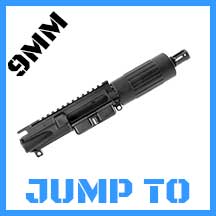 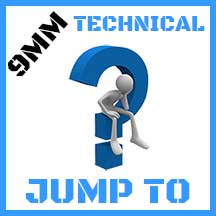 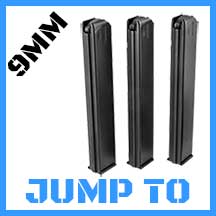 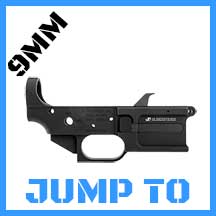 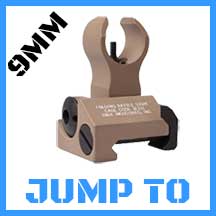