This was a project conceived shortly after the 2008 Presidential Election. This rifle was not built for a specific purpose but instead based on parts availability over 18 months. In the months leading up to and for two years after the election all things AR-15 were very difficult to obtain. The general approach was to get parts on order from several sources and run with whatever was delivered and work around it. In the end I was happy with the result, so much so that around the same time I built a DPMS LR-308 to similar specifications.

It’s also important to note I live in a state with an “ASSAULT WEAPON BAN” This also helped shape this project.

E.R SHAW  is know for making quality accurate AR-15 BARRELS at very competitive prices. My E.R. Shaw Stainless Extra Heavy Varmint Bull Barrel 1:8 Twist 24″ Fluted is no exception. The machining and finish are flawless. The bore and chamber look great. In fact this is a great looking barrel in every way. This particular barrel arrived with the  GAS BLOCK installed.This rifle barrel is perfect for the PRECISION TARGET AR-15 RIFLE project. 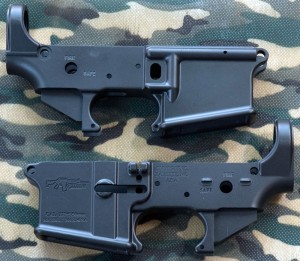 I was fortunate to log in to Brownells one day and noticed they had received a lot of STRIPPED LOWER RECEIVERS. I promptly ordered two CMMG AR-15 MOD4SA LOWER RECEIVERS. Some purists frown on CMMG products. I have found the CMMG RECEIVERS to be first rate in fit and finish. I like the logo too. 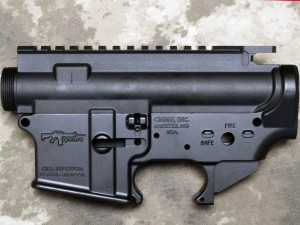 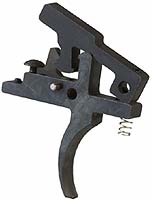 Like most parts in this build triggers were very difficult to come my. I was lucky enough to have a forum member at 308AR.com that had a connection with JARD TRIGGERS and he set up a group by. The JARD trigger is actually pretty nice and at the right price point for a lot of folks. There is one downside though. The JARD TRIGGERS are a little tougher to install than many of the other triggers available. If I was to do it again today I would spend a little bit more and go with the CMC AR-15 TACTICAL TRIGGER. It costs a little more but it’s modular design allows it to be installed frustration free in minutes versus an hour or two with the JARD. 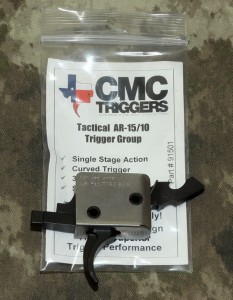 This was the first project where I utilized the  JP ENTERPRISES VTAC MODULAR FREE FLOAT  TUBE HANDGUARD. Today with everything in shooting being “Tactical” and a majority of HANDGUARDS featuring QUADRAILS the JP VTAC is a breath of fresh air.

Watch the video below to learn just what makes the JP VTAC so awesome.

Unfortunately I do not seem to have taken any pictures so click on the image at the top of this page to see the full size preview of the AR15 with the JP Enterprises VTAC Modular Free Float Tube Handguard AR-15 Aluminum Black or click the highlighted link above and view the VTAC at Brownells. 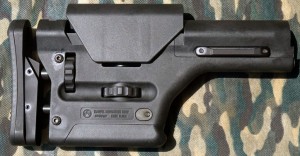 What would a rifle of this nature be without the MAGPUL PRS STOCK? 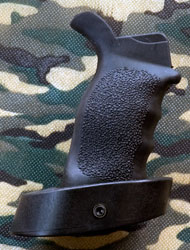 There is just something about the Falcon Industries ERGO Tactical Deluxe Sure Grip Pistol Grip AR-15 that just suits my hands very well on big AR15’s. 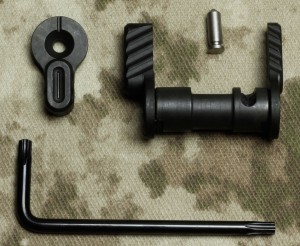 The AR15 LOWER PARTS KIT was a huge pain. None were available. I was forced to go to the Bushmaster website and order every single part individually. It was tedious and expensive. At the time I also ordered the Bushmaster AMBIDEXTROUS SAFETY. Since building this rifle a new company BATTLE ARMS DEVELOPMENT has released their BAD A.S.S and BAD C.A.S.S AMBIDEXTROUS SAFETIES for the AR-15, M4 and 308 AR rifles. These safeties are the best and no need to look any further.

The MECHARMOR TACOPS-1 was designed to be robust and allow for easier access to the charging handle when a large scope is utilized.

When I originally built this rifle I was using a LEUPOLD 8.5-25x ILLUMINATED RETICLE SCOPE and it was awesome but way overkill for a target rifle like this given my use. When Nikon released their M-223 line of RIFLE SCOPES I promptly ordered a NIKON M-223 3-12×42 and did not look back. In my opinion the M-223 line is a brilliant move by Nikon. The scopes are good quality at a price most can afford. They also satisfy the tactical crowd with the exposed adjustment turrets.  Some would call them Tacticool, 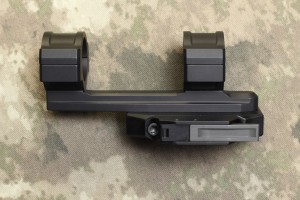 For years there has only been one QD SCOPE MOUNT for me and that was the LARUE LRT series. Well that was until a friend introduced to the BOBRO line of SCOPE MOUNTS. The BOBRO is nothing short of brilliant. The QD mechanism does not distort the picatinney rail, in fact it lock in a way that is absolutely repeatable with perfection. Then there is the locking mechanism that locks the QD lever. Lastly there are no visible screws on the scope rings.

Now here is the other thing. Bobro is very busy manufacturing these mounts and shipping them to the military. This means they can be difficult to locate. I’m going to tell you a secret though. Trijicon private labels the Bobro under the “Accupoint” line of scopes and accessories. The Trijicon labeled variant is often readily available.